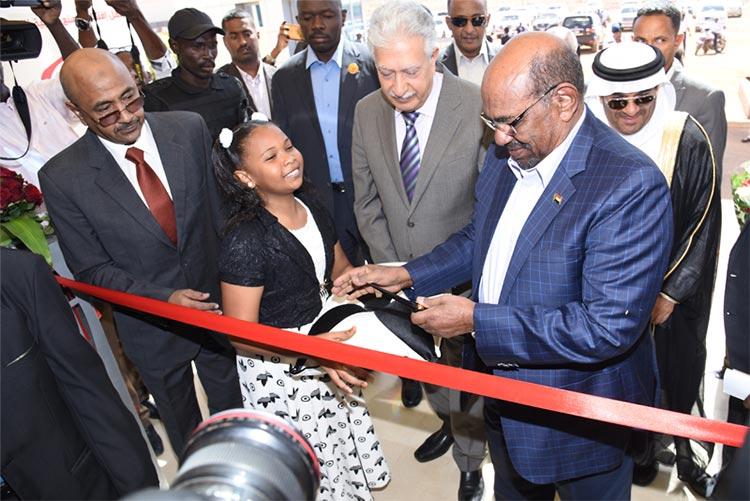 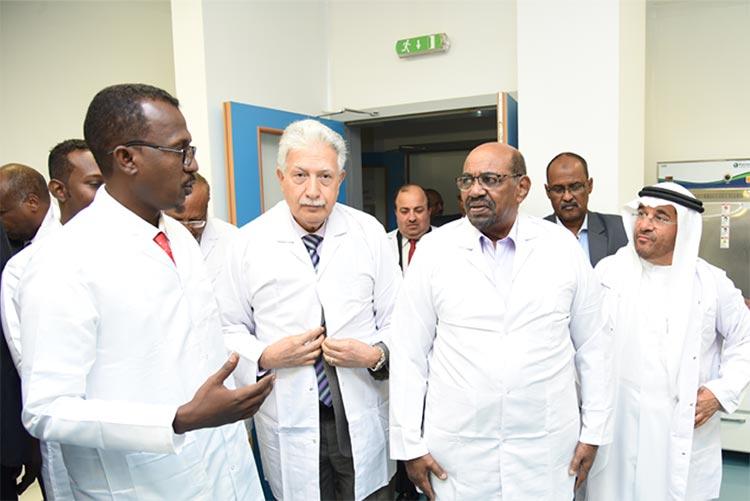 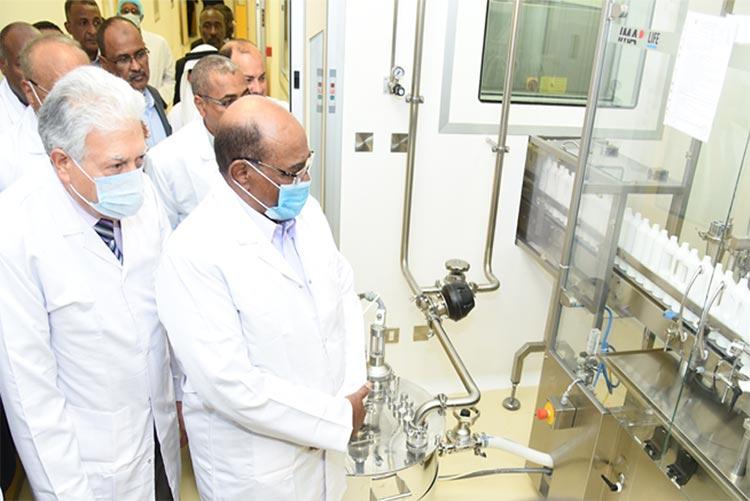 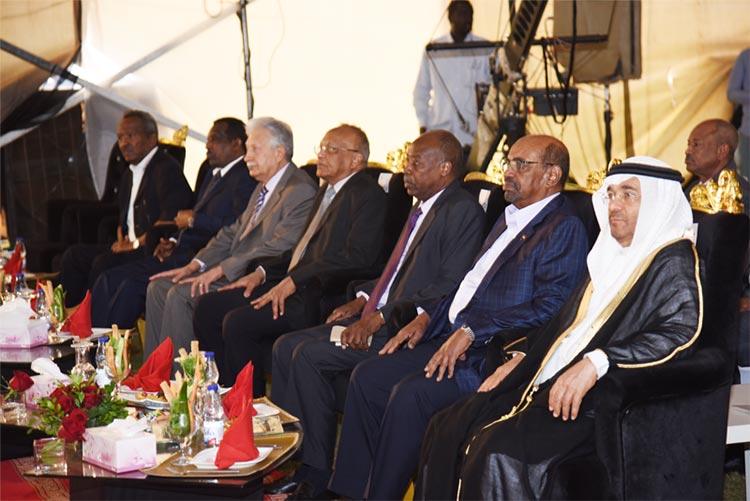 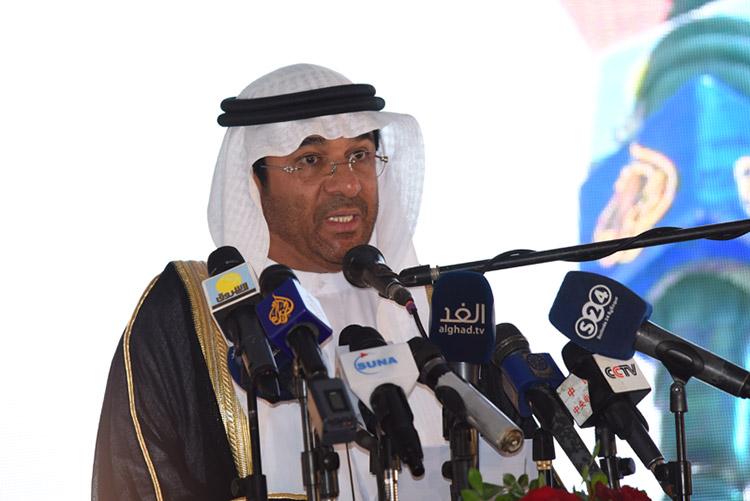 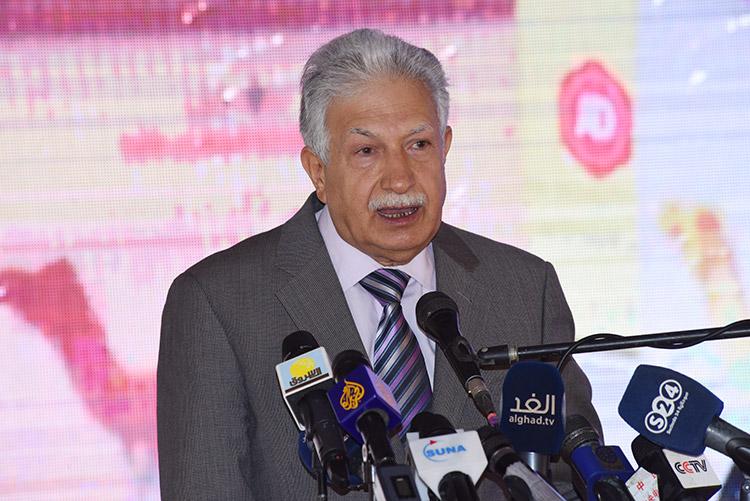 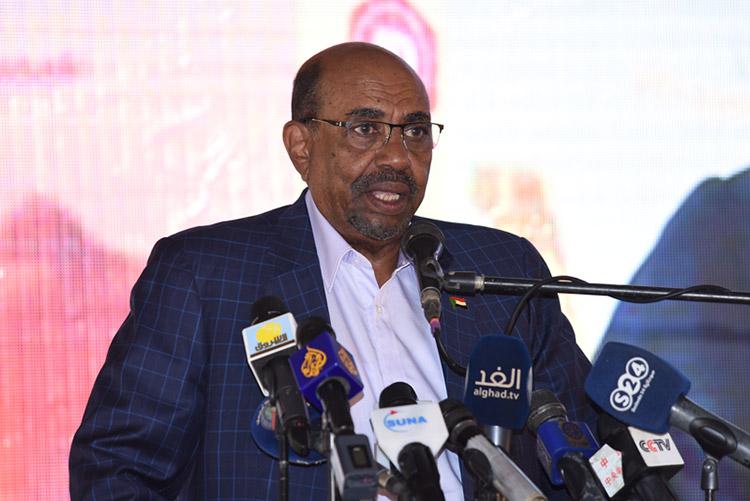 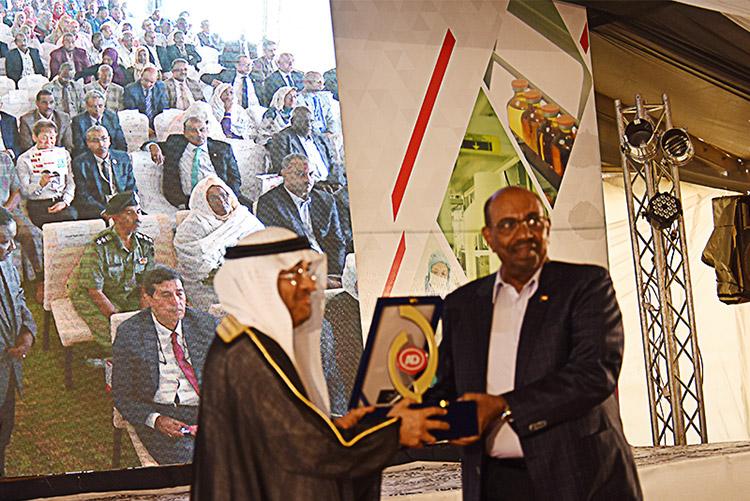 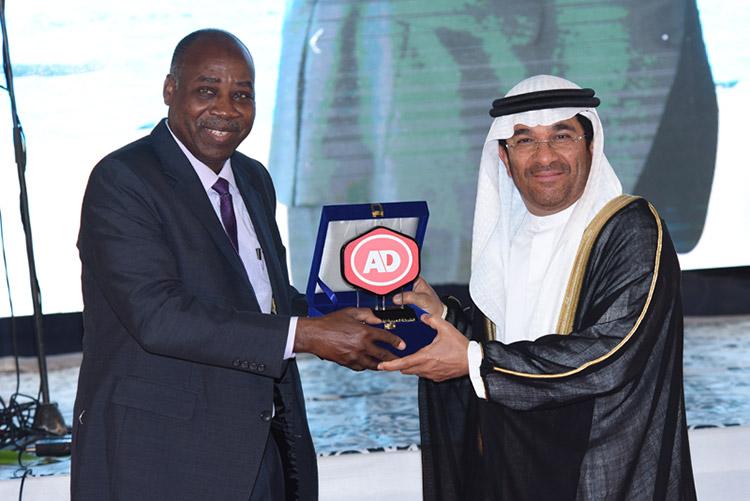 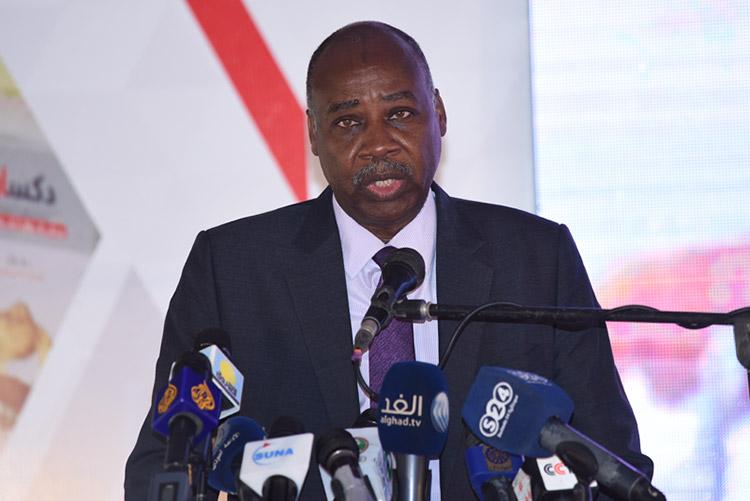 President Omar Al Bashir inaugurates the opening of one of AAAID’s Affiliate Companies’ veterinary drug factory, the largest in Africa and the Middle East


On Thursday, November 8, 2018, his Excellency Omar Hassan Al-Bashir, President of the Republic of Sudan inaugurated the opening of the Arab Factory for Drugs, at 10:00 am at the headquarters of Arab Company for Drugs Limited in Soba, Khartoum, Sudan. The launch took place in the presence of ministers, ambassadors of Arab countries and businesspersons in the field of veterinary and human medicines.

H.E Omar Al Bashir President of the Republic stressed his support and sponsorship of every development and investment effort in the country, noting that the Arab Factory for Drugs is a model that reflects the philosophy of partnership and the implications of Arab integration in the field of industrialization. The President of the Republic stated that the factory expresses the vision and the integrated approach to work in the field of pharmaceutical manufacturing, which is a coordination product between the public and private sectors, both domestic and Arab, to provide medicines and products of high quality and reasonable prices within Sudan and its regional and continental environment.

For his part, His Excellency Mohamed bin Obaid Al Mazrooei, President of AAAID, praised the government of Sudan for Arab agricultural investments and the patronage of the Presidency of the Republic. He applauded the President’s support for the investments of the Arab Authority and its opening to the Arab Factory for Drugs following its transition from the pilot phase to commercialization. His Excellency further pointed out that the Arab Factory for Drugs represents a model for joint Arab action and a strategic project for Arab and African countries and supports the President of Sudan’s initiative for Arab food security. He added that the plant aims to localize veterinary medicines to develop animal production in Arab countries and cover 45% of the needs of the local market and to export abroad. The factory also aims to improve the means of teaching by using modern technology to replace traditional systems of teaching and reduce the transmission of diseases among animals, noting that the factory capital is estimated at about USD 46 million. Whereby the shares are divided as follows; Arab Company for Drug Industries and Medical Appliances (ACDIMA) 40%, the Arab Authority for Agricultural Investment and Development (AAAID) 28.73%, the Arab Company for Industrial Investment 17.58%, the Veterinary Supplies Corporation 3.76% and the State of South Darfur 2.07%. Representing a Board of Directors set to develop appropriate strategies and follow-up performance to achieve the highest levels of success, excellence and innovation to help the factory reach the world.

It is worth mentioning that the annual production capacity to the Arab Factory for Drugs, which will be in two stages, starts with the production of veterinary medicines. Producing 900,000 liters (about 9 million Packs) from the sterile injection production line, 1.8 million liters (one million and eight hundred Packs) from the veterinary oral liquid line and 180,000 kilograms of powder, tablets and capsules from the solid production line. In addition to the production of human medicines in the second phase. Furthermore, the Arab Factory for Drugs is committed to importing raw materials for manufacturing from internationally recognized sources, certified by WHO, and stored in accordance with the good storage rules of modern warehouses equipped with raw materials, packaging materials and warehouses for finished products.

To conclude the opening ceremony, H.E Mr. Mohamed Bin Obaid Al Mazrooei, President of AAAID, representing the shareholders of the factory, offered an award to honor the President of the Republic of Sudan. The shareholders were also awarded by Sudan’s Minister of Industry and Trade.