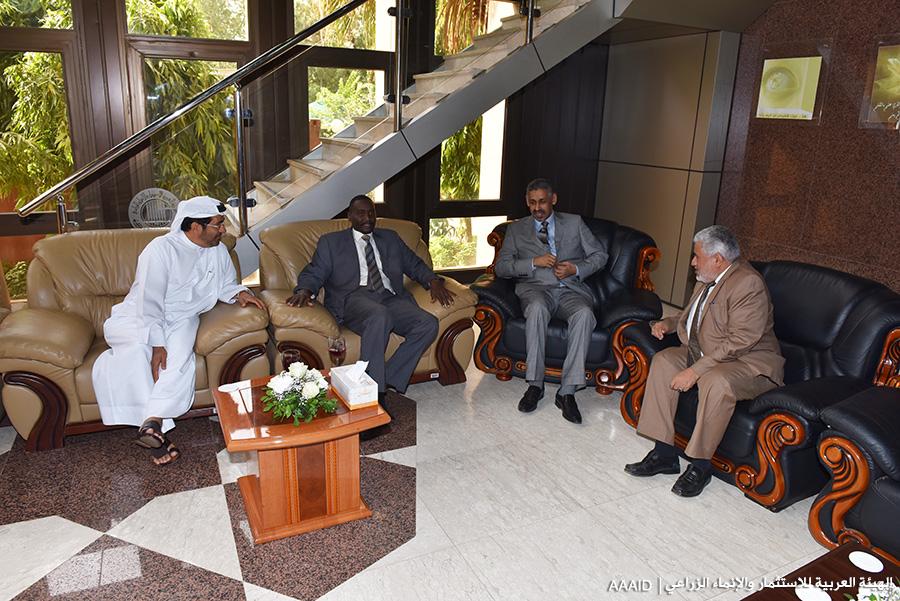 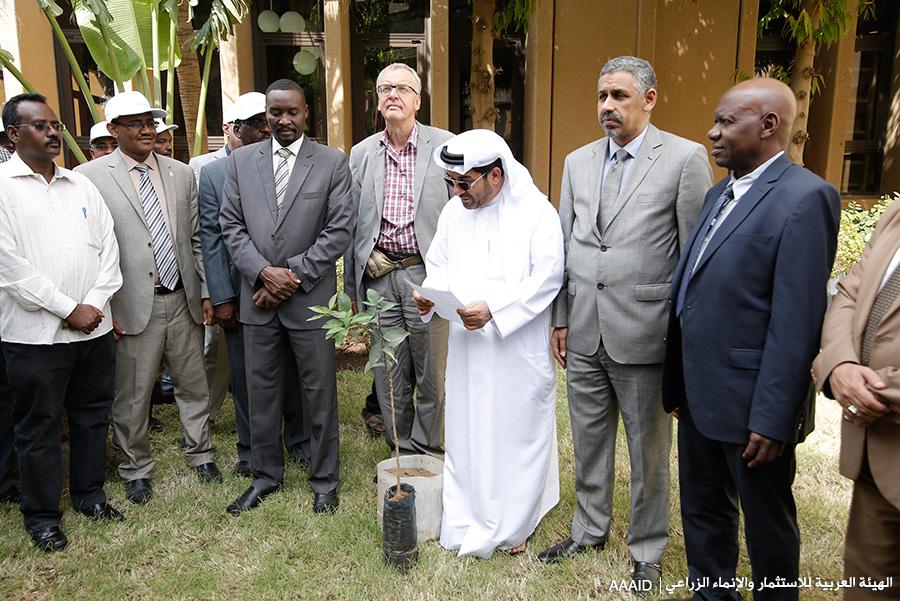 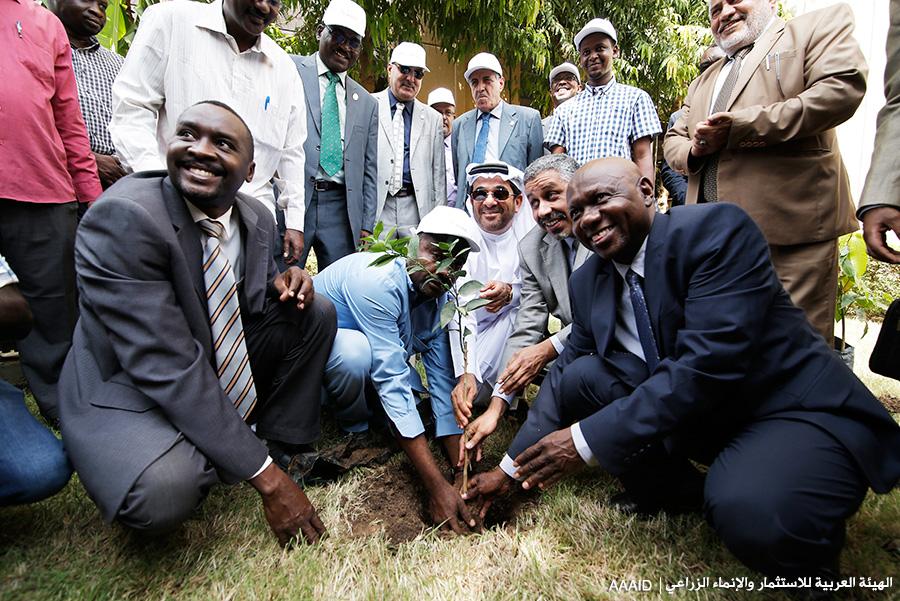 
The Arab Authority for Agricultural Investment and Development launched the “A Green Culture Awareness Campaign” under the slogan “Our Food …. Our Responsibility” on the morning of 28 September 2017 at the Arab Authority in Khartoum in the presence of H.E Dr. Sabri El-Dawar, Ministry of Agriculture and a number of strategic partners. The strategic body is represented by H.E Dr. Sidi Ould Tah, Director of the Arab Bank for Economic Development in Africa, H.E Mr. Babagana Ahmadu, FAO Resident Representative. In addition to support and collaboration with Mr. Tariq Ahmed, Country Program Manager of IFAD, Mr. Mustafa Khojali Director of Programs and Partnerships, British Council Sudan and Mr. Taha El Roubi, Founder, Capital 91.6FM Radio. There was also an attendance from the Sudanese Youth Union, representatives of agricultural colleges and a group of individuals interested in the agricultural sector and a number of local and Arab media organizations.

H.E Mr. Mohamed bin Obaid Al Mazrooei, President and Chairman of the Arab Authority, delivered a speech during the ceremony welcoming the audience. In his speech, he explained that the campaign is accompanied by a variety of programs and activities aimed at raising the awareness of Arab youth about the importance of the Arab agricultural sector as one of the pillars of the national product of most Arab countries. The campaign comes in line with the initiatives of the Arab Youth Center, which is supported by President Omar Hassan Al Bashir and H.H Sheikh Mansour bin Zayed Al Nahyan, Deputy Prime Minister and Minister of Presidential Affairs.

H.E Mr. Al Mazrooei further stressed that Arab countries have agricultural resources and climate diversity in addition to a strategic geographical location, enabling them to achieve self-sufficiency in commodities and attain a surplus of agricultural products that can be exported. He also called for the promotion of culture among Arab youth.

During the ceremony, a number of fruitful seedlings were planted in the garden of the Arab Authority. The process of planting continued in a number of agricultural institutions, embassies of Arab and foreign countries, strategic partners of the Authority and a number of media institutions. This initiative found a wide resonance and encouragement from all these institutions.

The Arab Authority for Agricultural Investment and Development is the main sponsor of the campaign, which is carrying out its awareness mission through its social networking sites. The first phase will be launched in the capital Khartoum, with the aim to reach the largest number of young people in the Arab countries in the future. The program will reveal a lot of promotional materials and future activities.